Go Explore! is a walking and nature app for residents and visitors of East Lothian which helps people find walks and learn about the local wildlife.

Go Explore! was created for East Lothian Council as part of NESTA's Code for Europe program. The app visualises the Open Path data for East Lothian and combines it with information about wildlife in the area. 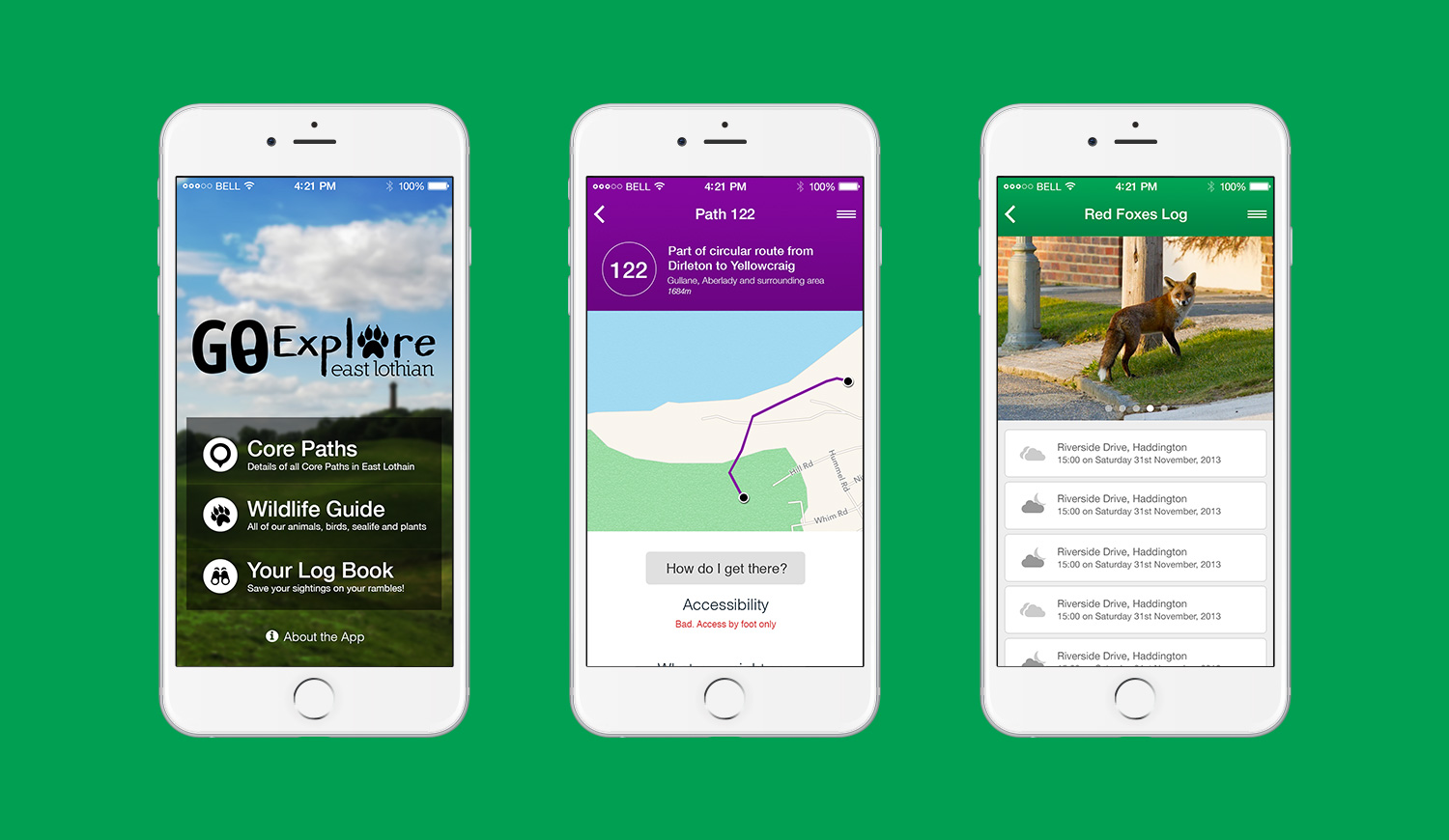 Code for Europe was a year long project run by NESTA where they placed a developer into each of four local authorities, with myself acting as supporting designer for each project. We were given the freedom to experiment and create digital services using open data sets which were available from the local authority or which we sourced and published ourselves.

Our initial idea around the project for East Lothian Council had been to create a directory of visitor attractions and things to do in East Lothian which would be useful for locals and tourists to plan their trips. We planned to publish this information as Open Data.

We validated our idea by speaking to members of the public in Haddington and North Berwick about how they sourced information on things to do in the area but unfortunately the data proved to complicated to pull together for the small team at the council with little hope of keeping it up-to-date so we went back to the drawing board and met with the council stakeholders to brainstorm some other ideas.

Looking at what was available and realistic within the timescales we found that the Open Paths Data was available and would be fit for purpose with only a small amount of cleaning up. We brainstormed various applications of this data and it's uses across various sectors and found that it complemented the extensive information on wildlife in the area. The idea for Go Explore! was born as a way of exploring the East Lothian and it's flora and fauna.

We wanted to design an app which not only informed people of the wildlife to be found in East Lothian but we wanted people to be able to contribute to the dataset so we went about designing an app which also allowed people to log their sightings of species. As signal would be an issue people should be able to start a log offline but complete it when they are connected if required.

We prototyped our idea into a series of wireframes and an inVision mockup and took it out to speak to a some locals in East Lothian. We spoke to walkers and families mostly who would be our key target market and found that this would be something that would encourage them to explore the area more.

We designed and built the app for iOS and Android devices