A simple snap game created to run as a Little Dish Facebook competition.

To design a simple game, aimed at toddlers and their parents, to be played daily via the Little Dish Facebook page. Users who played and won would be entered into a daily draw to win prizes of Legoland tickets and Little Dish meals. The game should be branded as Little Dish using their their meals and characters as content.

This project was developed in collaboration with Tern Digital 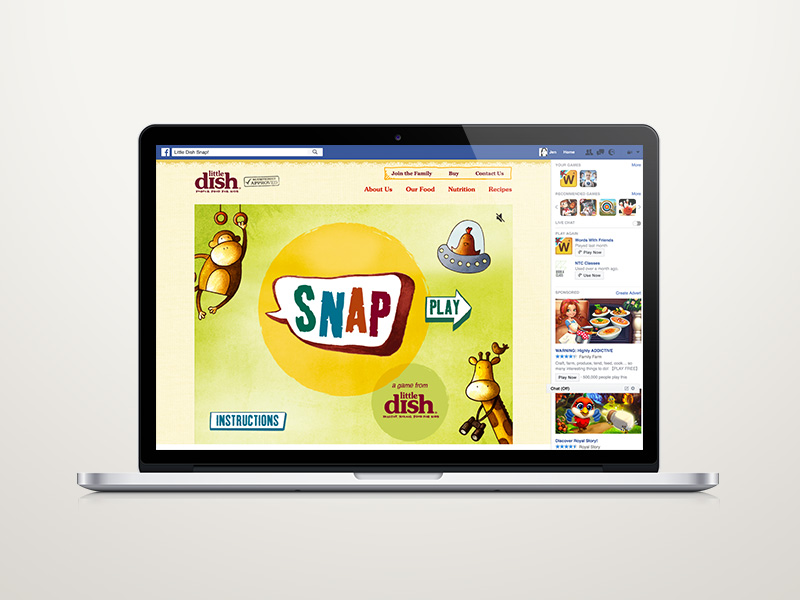 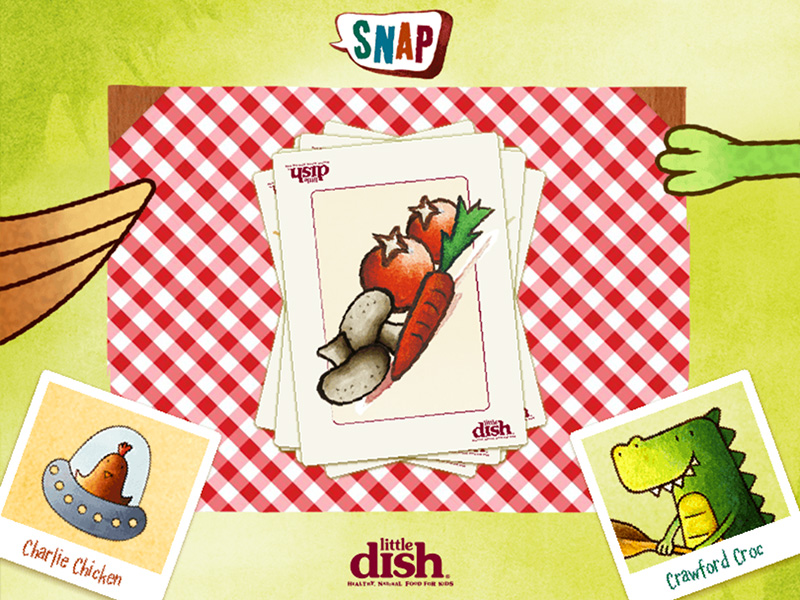 We initially brainstormed various ideas of games and puzzles which would be suitable for the age group that Little Dish cater for which we could include both their character design and their products.

I designed a vibrant logo and interface which complemented the existing character and product artwork. I created additional arm graphics for each of the animal characters which was inspired by the original characters